Cumin Seed (Cuminum cyminum) is a flowering plant in the family Apiaceae. Cumin seeds impart distinctive strong flavor, and warm perception on taste buds. This comes from certain group of essential oils in them. It is used in the cuisines of many different cultures, in both whole and ground form. It also has many uses as a traditional medicinal plant. 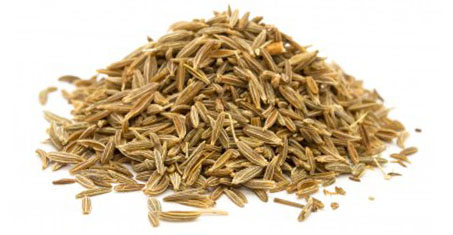 What Is Cumin Seed? 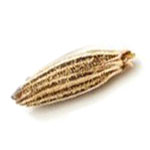 Cumin seed or ‘Jeera’ in Hindi is an oblong shaped, sharp flavored and dark colored aromatic spice. It is actually the dried fruit of an annual, thin-stemmed cumin plant, which belongs to parsley family. The plant has a short height of 25-30 centimeters and has white to red colored flowers. These flowers produce the fruits for the plant that are consumed all over the world as a flavoring agent in whole or grounded form. Cumin seed is also known for its curing characteristics and hence it is used in many herbal and Ayurvedic medicines. 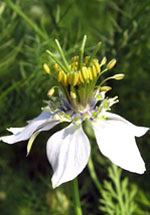 Cumin is a drought-tolerant, tropical, or subtropical crop. It has a growth season of 100 – 120 days. The optimum growth temperature ranges are between 25 and 30° C. The Mediterranean climate is most suitable for its growth. Cultivation of cumin requires a long, hot summer of three to four months. At low temperatures, leaf colour changes from green to purple. High temperature might reduce growth period and induce early ripening. In India, cumin is sown from October until the beginning of December, and harvesting starts in February. In Syria and Iran, cumin is sown from mid-November until mid-December (extensions up to mid-January are possible) and harvested in June/July. 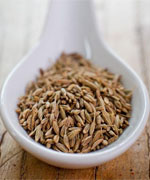 Although the small cumin seed looks rather unassuming, it packs a punch when it comes to flavor, which can be described as penetrating and peppery with slight citrus overtones. Cumin's unique flavor complexity has made it an integral spice in the cuisines of Mexico, India and the Middle East. Cumin seeds resemble caraway seeds, being oblong in shape, longitudinally ridged, and yellow-brown in color. This is not surprising as both cumin and caraway, as well as parsley and dill, belong to the same plant family (Umbelliferae). The scientific name for cumin is Cuminum cyminum. Cumin is available both in its whole seed form and ground into a powder.

Traditionally, it has also been used in natural remedies and herbal medicine. Traditional texts describe its use as a diuretic and to settle the stomach and stop flatulence.Like many herbs, it can be made into a poultice, especially for swelling or sore throat. Cumin seeds are used in cooking and the oil is used to flavor food and scent cosmetics. Components may have antioxidant, anticancer, antibacterial, and larvicidal effects. Cumin may lower blood sugar, reduce seizures, strengthen bones, and treat the eye.

1 - Treatment of Boils - Regular usage of cumin in your food helps in keeping your skin free from boils, rashes, pimples etc. This is because it has components such as Cuminaldehyde, Thymol and phosphorus which are good detoxifying agents. They help in facilitating regular removal of toxins from the body through the excretory system and not through boils.

2 - Treatment of Skin Disorders - Cumin has a high content of vitamin E which keeps your skin healthy and glowing. Besides, the essential oils, cumin have disinfectant and anti-fungal properties which protect your skin from fungal and microbial infections. Topical application of cumin paste on boils, pimples, eczema, psoriasis and other skin disorders facilitates quick healing.

3 - Anti-Ageing Benefits - Vitamin E present in cumin triggers the anti-ageing processes within the body, thus preventing pre mature ageing symptoms. It acts as an antioxidant to combat the free radicals that attack the skin and cause signs of ageing like wrinkles, age spots and sagging skin. This combination of antioxidant effect and antibacterial capacity of cumin provides you with a healthy, beautiful skin that lasts far into your old age.

4 - Cures Itchiness and Body Heat - If you are suffering from body heat and skin itchiness, you can put some cumin seeds in boiled water. Once it is cooled, take a bath with that water. It will help relive you body heat and itchiness.

5 - Treatment of Burning Sensation - Drinking cumin water can relieve the burning sensation of the palms and the soles.

6 - Treatment of Dandruff - Oil extract from cumin is a great stimulant, carminative, antioxidant and diuretic. It is often used for massage in aromatherapy and scalp treatments to get rid of dandruff.

7 - Maintains Blood Levels - Cumin helps to lower blood sugar levels and thus helps in maintaining proper blood content levels in the body. This is a great boon for people suffering from Diabetes.

8 - Maintains Iron Deficiencies - Cumin seeds are very rich in iron, which makes it an essential natural health ingredient. This iron content helps to treat anaemia, makes blood rich in haemoglobin content and also helps in acting as a carrier of oxygen to the cells in the body.

9 - Fights Asthma - Cumin seeds contain Thymoquinone, which reduces inflammatory processes and other mediators that cause asthma. They also act as a bronchodilator.

10 - Immunity - This is achieved by its anti-oxidant characteristics that fight against impurities and free radicals. This helps in making the body’s immunity better in combating diseases. 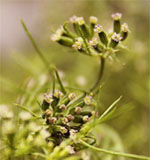 The main producer and consumer of cumin is India. It produces 70% of the world supply and consumes 90% of that (which means that India consumes 63% of the world's cumin). Other producers are Syria (7%), Iran (6%), and Turkey (6%). The remaining 11% comes from other countries. In total, around 300,000 tons of cumin per year is produced worldwide.

Cumin Seed is extensively used in culinary practices of the Indian Subcontinent and some other Asian, African and Latin American countries as a condiment or spice. Most of the cumin seeds are exported to the countries that do not produce cumin seed themselves and make huge markets for this spice. The major Cumin Seed consuming countries are India, USA, Mexico, Portugal, Spain, Turkey, China, Japan, Netherlands, Singapore, France and Morocco.

Recipe for Beverages with Cumin Seed 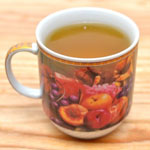 A: Take a vessel and add 1 teaspoon cumin seeds to it. B: Heat it a little on low flame for about 5 seconds. C: Pour 250 ml drinking water into it and let it boil. D: After boiling, let it be covered and untouched for about 5 minutes. E: Strain it into your teacup and enjoy it warm. F: According to your taste you can add honey or a pinch of salt into it.

Recipe for Cooking with Cumin Seed 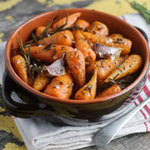 A: Preheat the oven to 200C/400F/Gas 6. B: Place the carrots onto a baking sheet, add the garlic cloves, rosemary and cumin seeds and season generously with salt and freshly ground black pepper. Mix together. C: Place in the oven and roast for 10-15 minutes, or until the carrots are tender and golden-brown. D: To serve, transfer the carrots to a serving bowl and garnish with the chopped chives.

Recipe for Dessert with Cumin Seed 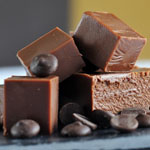 A: Combine the double cream, caster sugar and glucose in a pan. Place over a low-medium heat and allow to slowly come to the boil, whisking continuously. B: Bring to 118°C and remove from the heat, add the chocolate and cumin and whisk well by hand for 2 minutes. C: Cling film the bottom and sides of a 1inch deep tray. Pour in the fudge mixture and leave to set for at least 1 hour. D: Once set, slice into small cubes and serve.